Along with Pag cheese, the oldest and most famous cheeses by Gligora Dairy. Our classics and bestsellers

The Žigljen cheese, as can be seen from its name (Žigljen is a ferry harbor facing the mountain of Velebit), was inspired by Pag and its traditional cheese production. It is Gligora's classic, produced in 1996 for the first time, when Ivan Gligora had to make a mixed cheese from cow and sheep milk from the region of Zadar, as during his first year he was unable to buy enough milk for any production of Pag cheese. It was soon accepted on the market as the best mixed milk cheese, comprising the best from both milk types. The milk combination together with implementing traditional technologies and knowledge bring about a unique cheese structure and taste.

Žigljen is a hard cheese, made of sheep and cow milk from Dalmatia, Lika and Kordun, with its distinguished aroma and smell as well as the defined, compact cheese mass. The maturation process lasts for about 3 months. It is the winner of a number of international acknowledgements. 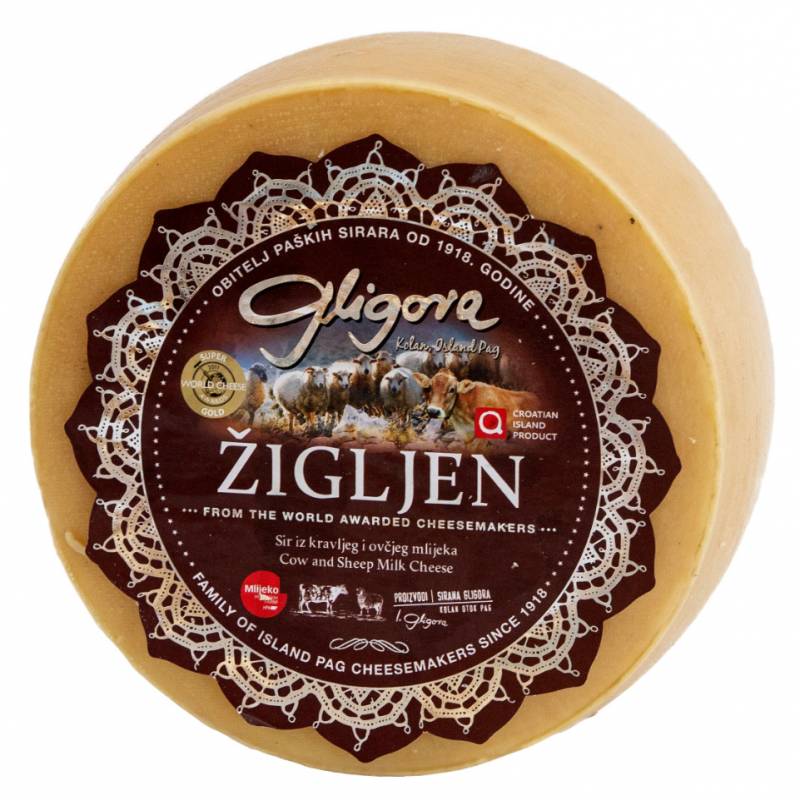 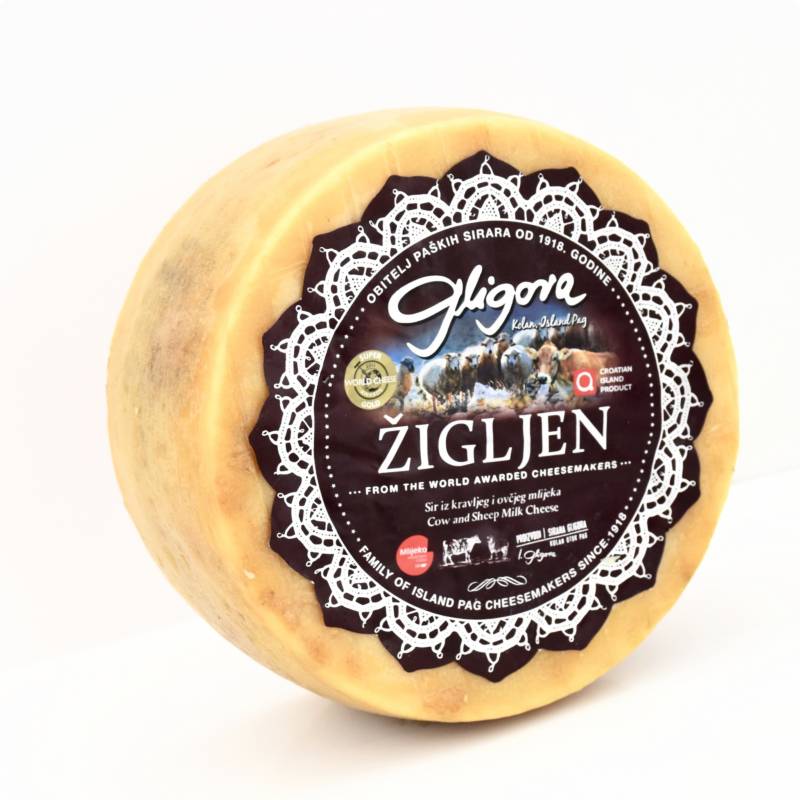 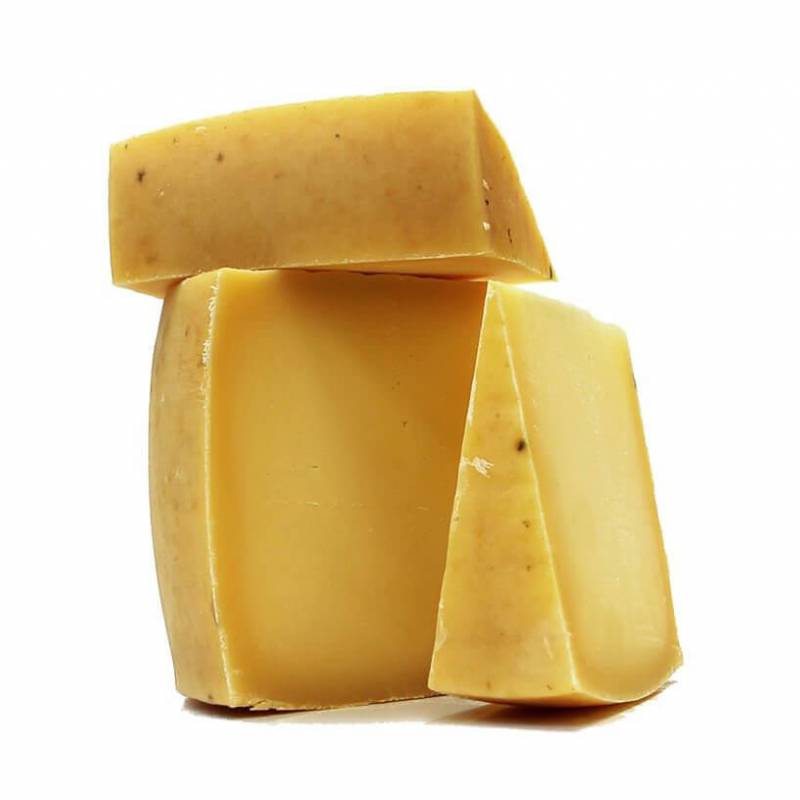 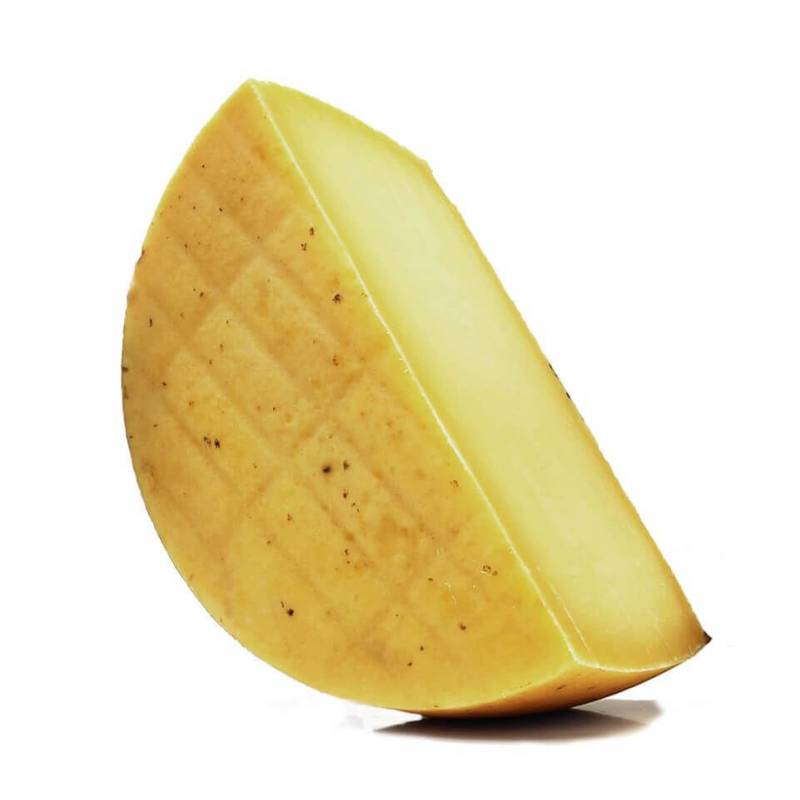 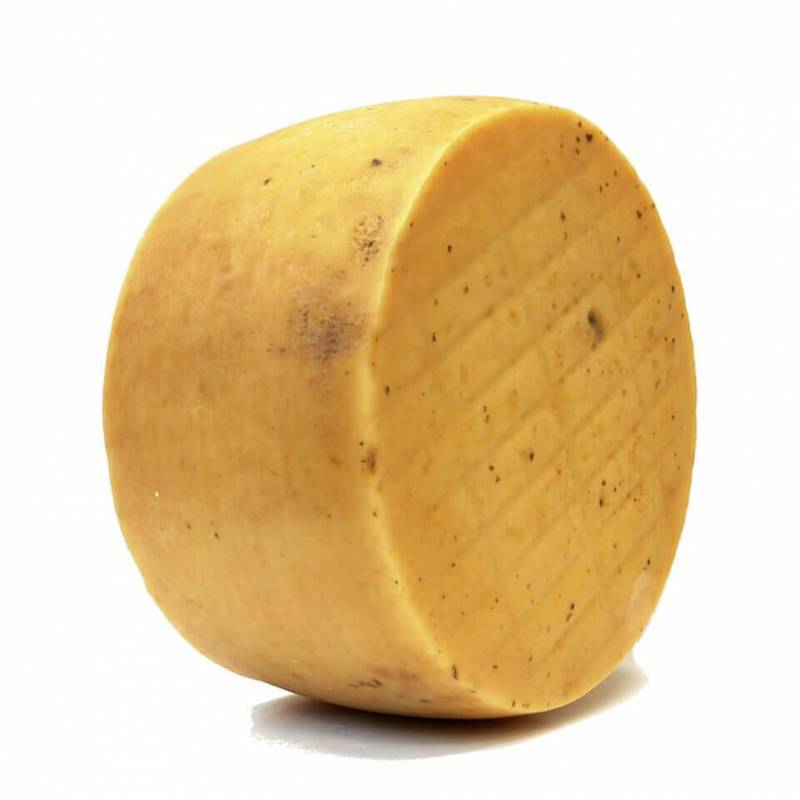